Following a link recently, I landed on the smart website of the Catford Women's Institute. It meets monthly at the St Laurence Centre in Bromley Road, Catford. It seems very active with talks, events and trips - including one in April on 'Glass Fusion Art'. So a far cry from jam and cakes (though nothing wrong with that of course...). 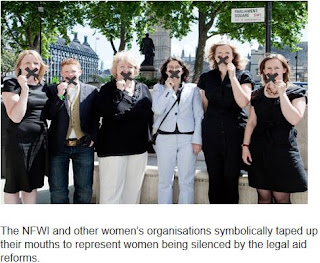 There's no denying that WIs had a bit of a fusty image but the organisation has undergone a bit of a rejuvenation in recent years. Of course there was that calendar in 1999, later a film, and the slow hand clapping of Tony Blair. The WI is getting involved in many campaigns too e.g against library closures and legal aid reforms. Branches are popping up everywhere and they are being claimed by modern, young women in an urban setting too - for example, there's even a branch at nearby 'radical' Goldsmiths, University of London (Goldsmith’s WI on Facebook).

With over 6,500 branches nationwide, it made me wonder whether Eltham had a Women's Institute?

According to the WI site there's an 'Eltham Palace' branch listed which meets at
St Mary's Community Hall in Eltham and also a 'Royal Eltham' branch meeting at the United Reformed Church Hall, Court Road, Eltham. Though I haven't been able to find websites for either.

There was an interesting article in SENine magazine in 2010 about a rejuvenation of the Women's Institute in Eltham (though the venue info given there conflicts with the current WI site info - I presume the latter would be the most up to date). Happy to list up-to-date contact details if anyone wants to get in touch.
Posted by Raven Raven at 22:37 1 comment: