A Doll's House: triumphant journey from Denmark to Calcutta

What could a 19th century Norwegian man have to say about the life of a married Bengali woman during the British Raj?

It turns out that playwright Henrik Ibsen's universal themes questioning the traditional roles of men and women provide the opportunity for examining not only gender politics but British colonialism too.

Modern day British-Asian playwright Tanika Gupta's adaptation of Ibsen's 'A Doll's House' is a triumph. Together with the Lyric Theatre's new Artistic Director, Rachel O'Riordan, they re-locate Ibsen's play from a 1879 Norwegian town to Calcutta in the same year, then the capital of the British India. 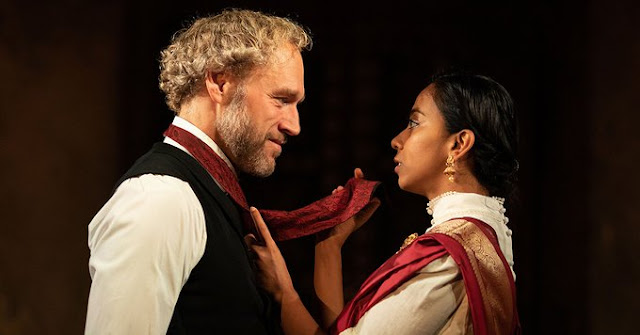 Ibsen's Nora (wife of Torvald, mother of three, living out the ideal of the 19th-century wife) becomes Niru, a chirpy, husband-pleasing young Bengali wife married to English bureaucrat Tom. The play sees the unravelling of their lives leading Niru to question her situation and her own identity.

The whole cast shines - with Niru played by the dazzling actor Anjana Vasan who has many theatre, television and film credits (from Brexit: The Uncivil War (Channel 4) to Black Mirror (Netflix) and Disney's Cinderella too) and the towering Elliot Cowan as Tom also has a long list of previews credits including the current top BBC hit Peaky Blinders. 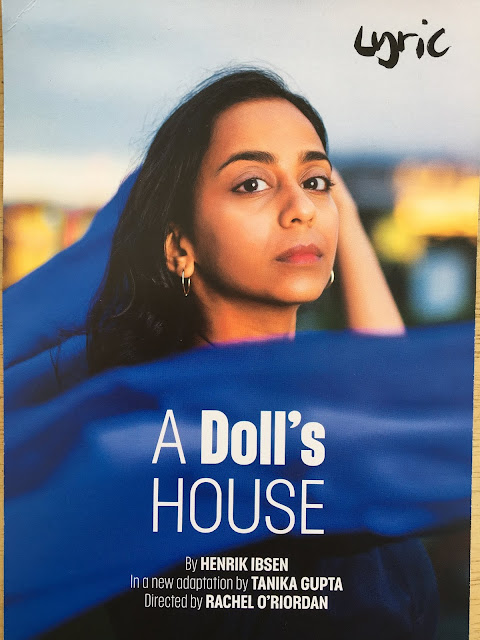 The stunning single-scene new setting is the internal courtyard of an Indian town house, complete with tree sprouting up through it's centre. It gave the sense of Niru's claustrophobic and enveloping world, trapped in her own doll's house. It was beautifully lit with the various doors off the courtyard providing useful entry and exit points.

The award-winning multi-instrumentalist composer was Arun Ghosh, who himself hovered above the action on a mezzanine verandah surrounded by the instruments which he delicately played, creating a tense backdrop at apt moments in the psychodrama.

Gupta chose to stick mostly to Ibsen's original script, making only a few alterations for the adaption. It's seems astonishing that in 1879 Ibsen portrayed such scandalous-for-the-time feminist sentiments.

In 2006, the centenary of Ibsen's death, A Doll's House held the distinction of being the world's most performed play that year showing - perhaps sadly, and inevitably - the enduring nature of the play's themes.

The Lyric provide a very useful 'education pack' (pdf) about the play and its adaptation.

A Doll's House, a new adaptation by Tanika Gupta, at the Lyric Theatre, London W6 0QL. 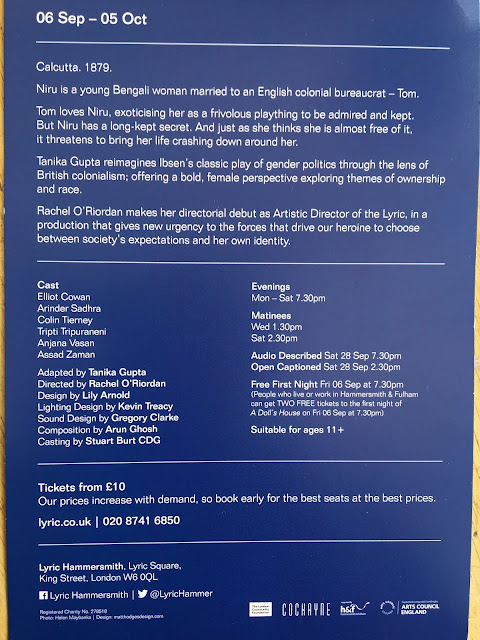