Eltham and the 2017 General Election

Will the Tories succeed this time in picking the still ‘low-hanging fruit’ of Eltham’s Brexiteers from the long-standing Labour incumbent candidate or will Labour’s well-regarded Labour candidate manage to hold on to his narrow majority (and add a bit more) despite UKIP’s no-show plumping up the Tory Brexit vote?

Eltham’s candidates for the 2017 General Election are: 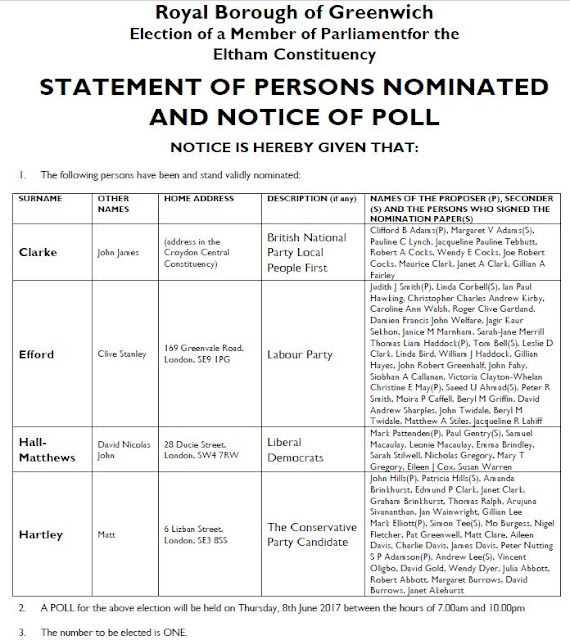 The publication of the candidates on 11 May revealed that UKIP would not be standing this time round - significant because its 6,481 votes will be hotly-contested over. As a reminder, here are the 2015 General Election results:

In a further twist, despite there being no formal ‘Progressive Alliance’, the Greenwich Green party announced it would be standing down to give Labour's Efford the best chance.

The Conservatives have this time pitched Matt Hartley, Councillor for the Coldharbour & New Eltham ward and Leader of the Opposition on Greenwich Council. He had previously unsuccessfully contended the Greenwich & Woolwich seat.

Clive Efford, first voted in as part of the 1997 wave, continues to stand for the constituency in which he and his family have long lived. He and his campaign team kicked into action immediately and have been very active on the doorstep and with leafleting. The Conservatives followed suit with many Tory big guns visiting. The LibDems have brought in a university lecturer and charity consultant David Hall-Matthews. Here are the leaflets: 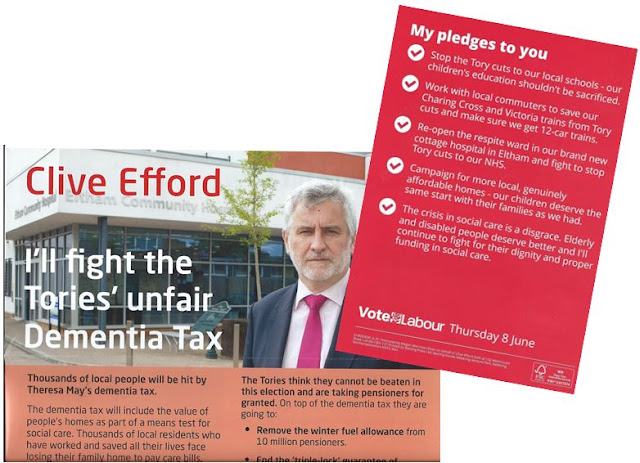 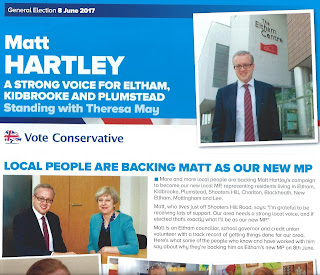 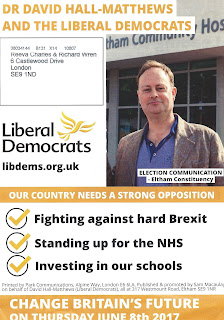 Eltham is 29th on the Tory hit list precisely because the incumbent Labour candidate is a) in a marginal constituency having narrowly won by 2,693 votes in 2015 and b) the Eltham constituency overall voted to leave theEU.

There is some excellent analysis on the 853 blog and on Dave Hill’s new OnLondon website.
Both were written before Theresa May’s social care blunders and the horrific terrorist attack in Manchester on Monday 22 May after which campaigning was halted for a few days.

What has emerged is a changed narrative. The ‘Brexit election’ has stepped back into the shadows giving way to a new emphasis on security and generally better poll ratings for Corbyn and Labour Party.

Locally, government proposals for South Eastern trains has played large with locals up in arms over the possible axing of the all local trains to Victoria and Charing Cross, routing them instead to Cannon Street. A consultation is under way about this here, and you can read more about it on the Murky Depths blog

A week is a still a long time in politics and so the results are not a forgone conclusion, either way...
Posted by Raven Raven at 17:42 1 comment:

As the nation joins the newest viral superstar, Brenda, in her reaction to the election announcement, the marginal south east London Eltham constituency is being keenly watched by locals and national political pundits alike.

Following the surprise announcement by PM Theresa May, all Brits are now in the midst of their second General Election in two years, not counting last year’s referendum on the EU.

The announcement of the national election on 8 June 2017 heralds the third act in a bizarre play: 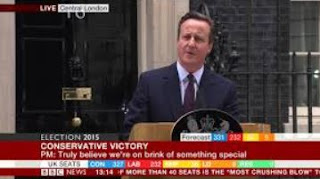 ● First: the 2015 poll-defying election in which David Cameron was re-elected on 7 May 2015 with a small majority over Labour’s Ed Miliband, the ‘other’ brother who had himself snatched the Labour leadership from the more likely contender, David Miliband. 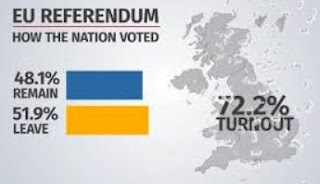 ● Second: the 11th hour surprise result of the divisive EU referendum. Having won the 2015 election with a manifesto promise of a referendum on the UK’s EU membership as a political manoeuvre to outflank UKIP and Tory Euro-sceptic right-wingers, the Referendum was held on 23 June 2016 with lively and sometimes controversial campaigning from the LEAVE and REMAIN camps with its sad denouement of the tragic death on MP Jo Cox at the final week.  Remainer Cameron resigned hours after the Leave result plunging the already bewildered country into a Tory leadership contest while it struggled to come to terms with ‘Brexit’. Former Remainer Theresa May was duly elected and tasked with being midwife for Brexit. After toting the mantra ‘Brexit means Brexit’ (which nobody could either explain or deny, clever), Article 50 was finally triggered on 29 March 2017, formally starting the two-year Brexit process. 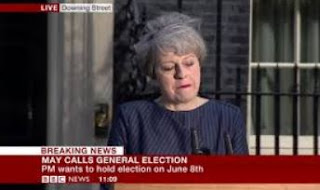 ● Third: Despite the Fixed Term Parliament Act decreeing May 2020 as the next election date and firmly denying any contrary intentions, on 18 April 2017 the PM announced the ‘snap election’ for 8 June 2017. Widely believed to be taking advantage of the huge Tory lead in the polls with difficult times ahead and of the perceived weak opposition position, May’s fig leaf is that she is seeking a firm mandate for her Brexit negotiations. And so was born her next mantra: ‘Strong and Stable government’.

And so here we are, a few weeks away from our third national voting event.

Next, a focus on the Eltham constituency….
Posted by Raven Raven at 17:31 No comments: