Could you create 'A Postcard From Eltham'? 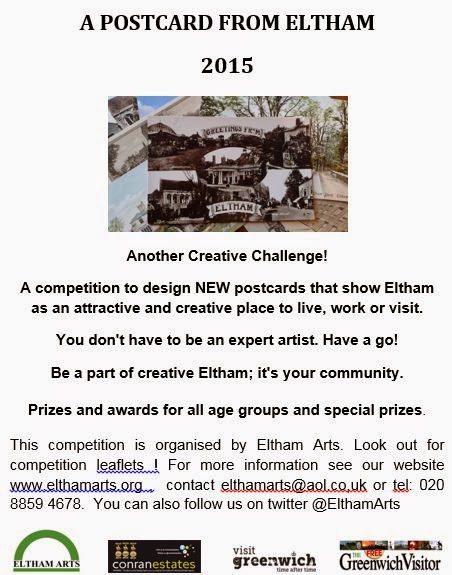 Getting Arty in Eltham

For anyone interested in developing the arts locally, the place to be in Eltham at the weekend was a conference called ‘Creative Eltham – Developing the Arts’.


Over 70 people gathered last Saturday afternoon at the Friendship Centre, Glenure Road in Eltham for an afternoon of lively talks, debate and sharing, The aims of the event included discussing how the various arts in and around Eltham could be developed, both for practitioners and for audiences.
Under the umbrella of Eltham Arts, the community organisation established in August 2013, many people were brought together ranging from local arts organisations, local residential groups, businesses, local councillors, individual artist practitioners and interested locals wanting to get involved (see below for list).  A range of the creative arts seemed to be represented - visual art, drama, dance, music, crafts and the voice and language arts.
In her introduction to the proceedings, Gaynor Wingham, Chair of Eltham Arts, spoke about how the great value of all these arts has long been acknowledged for society, for individual health and for the environment and business. So how can we encourage them in Eltham and make more people aware of what’s going on in our wonderfully talented community?
The audience firstly heard from Miranda Williams, Cabinet Member for Culture and Creative Industries, who despite battling a cold, spoke about the role of Greenwich Council in developing the arts in Eltham. Inevitably audience questions homed in on funding. We were told about the Greenwich Community Arts Fund, a Council budget to which groups are encouraged to apply for funding. But we also later learnt about a Mayor’s High Street Fund,] in which grants of up to £20,000 are available to successful applications (this year by 1 December 2014, so skates on!).
Another need by local arts groups was space - the Cabinet Member undertook to find out about availability of Council spaces for such groups who are hard-pressed to meet commercial rates.
Next up was Heather Lilley, Senior Lecturer in Drama at University of Greenwich who spoke about the fascinating Reminiscence Theatre. In this initiative students work from the archives of Pam Schweitzer, performing for elderly audiences extracts from the poignant recorded reminiscences of people from times gone by. Hearing about these intergenerational encounters brought us back to the connection between the arts and well-being. The company had performed in sheltered homes and units and were open to invitations to perform in Eltham too - and they are free!
Providing an international perspective, our third and final keynote speaker was Amy Ash - artist, curator and teacher - currently the Learning and Participation Curator at the Gerald Moore Gallery in Mottingham. She spoke about experiences in her native Canada about connections between the arts and community and the nurturing of new talent. We heard how the Gerald Moore Gallery has been reaching out to the community with its public programme, courses and workshops.
Having been suitably enthused, the conference attendees were now ready to contribute their ideas. People divided into workshops, each looking at one big theme with the aim of coming up with at least one big idea. The themes were:
Much animated discussion later, we came together to hear the ideas which had been discussed. What were they? You shall have to wait for that - the ideas are being collated and will hopefully be shared soon on the Eltham Arts website. Photos from the event can be seen the Eltham Arts Facebook.
This first conference by Eltham Arts was a great success in bringing together such a wealth of talent, experience and interest from within our community. Keep tuned for the next steps.
Here’s the list of the organisations who were on the attendance list, showing the vast range and potential we have on our doorstep:
·         Avery Hill Winter Gardens
·         Bob Hope Theatre
·         CANE (New Eltham)
·         Conran Estates
·         Creative Arts Net
·         Eldorado Musical Productions
·         Eltham GPO
·         Eltham Park Residents’ Association
·         Eltham Regeneration
·         Emergency Exit Arts
·         Folkmob
·         Friends of Avery Hill Park
·         Gerald Moore Gallery
·         GLL - Eltham Library
·         Greenwich Heritage Centre
·         Greenwich Mind
·         Greenwich Theatre
·         Greenwich University
·         Lanaart
·         New Eltham Operatic Society
·         Priory Players
·         Progress Estate Resident’s Association
·         Royal Eltham Writers Circle
·         Royal Greenwich Council
·         St Thomas Moore Secondary School, Art Dept
·         White Hart pub
·         and many individual locals artists
Posted by Raven Raven at 21:38 No comments:

Get creative in Eltham 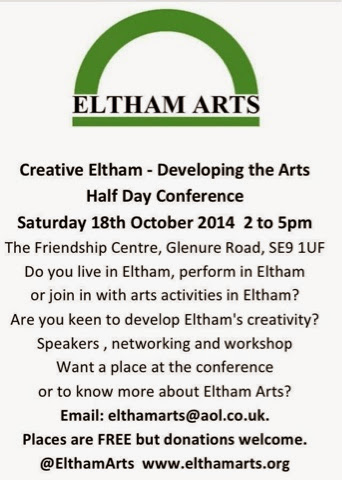 Eltham's history through its architecture

We went along tonight to the final talk in the successful 'Eltham Entertains' series. In 'Home is where the Heart Lies' Pam Hildrew gave a fascinating talk on how buildings reflect historical developments and the architectural styles of some local houses that reflect the history of Eltham.

Pam has trained as a London tour guide and now works as a yeoman guide at the Old Royal Naval College. Her fascination with history shone through as she gave a chronological run through Eltham from the early days of the time when Eltham Palace was built, all the way through to the between-the-world wars suburban developments.

We learnt that Eltham enjoyed a glorious rural past and later had magnificent villas and houses being commissioned by wealthy gentlefolk. The advent of the railway brought greater interest from further a field. The first prospective (rather than commissioned) houses were built by teetotal MP and philanthropist Cameron Corbett on the 340 acres of Eltham land which he had purchased.  His Edwardian Corbett houses proved popular and are still in demand today.

One little nugget I picked up was about the attempt to individualise these houses as far as possible - look at the 'keystones' above the doorway arches and notice how on many Corbett houses they have different faces above them, often alternately male and female (in fact we spotted this on our walk back home, on the stretch of Grangehill Road opposite the Gordon Primary School entrance).

We heard about the incredible history of the Progress Estate, built on former farm land, with its current roads reflecting the original field boundaries which is why so many of them are curved. Our knowledgeable speaker also covered Severndroog Castle, Theobalds Cottages in Avery Hill Road, Green Lanes, impact of the great fire on window regulations, the houses in Court Road and Southend Crescent, the flamboyant Avery Hill gatehouse and so much more!

My young daughter, a history buff, came with me and I was impressed by the copious notes which she took. I should say that we unfortunately missed the early part of the talk.

Well done to Pam Hildrew, and to Eltham Arts for organising this wonderful series of talks. I hear that a Music Festival is next on the horizon...
Posted by Raven Raven at 23:07 No comments: 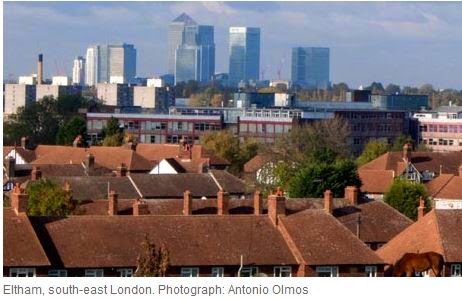 You've seen all the results by now. Labour of course held the Council, the London Borough of Royal Greenwich, but managed to increase its majority - Labour now have 43 seats compared to 40 in 2010, the Conservatives now have 8 seats, three less compared to 11 previously.

Out of the Council's 17 wards, much of the tension during the count on the Friday, following voting on the Thursday (22 May), was focused on the two Eltham wards which I'm closest to. My brief pre-election post here.

Following the other ward results dribbling in from mid-afternoon, we had to wait until the evening for Eltham North's results, and nail-bittingly a bit later for Eltham South's.

Finally, while I was knee-deep in cooking the family's dinner, the Royal Greenwich twitter account tweeted at 6.47pm:


It proved to be one of the most startling results for the borough. The previous three Tory councillors had been reduced to one, with Labour taking the other two, for the first time ever. Here's the full result for that ward:


And here are the two new Labour councillors: 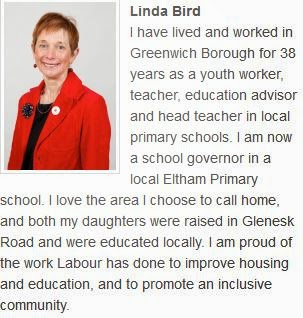 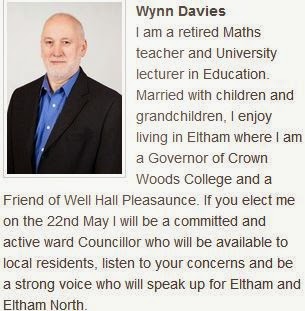 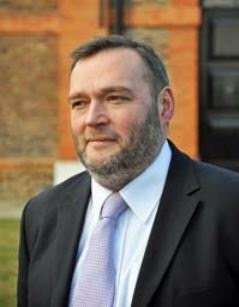 Spencer Drury retained his seat - fortunate for them as he is Leader of the Tory Group (and was re-elected as such following this election) and is also the chosen Tory candidate in next year's National Election, against the current popular Labour MP, Clive Efford. Obviously the Tories have chosen to play it safer this time rather than parachute in a candidate as they did last time with David Gold, for this key marginal seat.

The now ex-Deputy Leader of the Tories, Nigel Fletcher, was one of the victims of the Labour gain though his count was very close showing just how highly-contested this ward was. He was much admired for the graciousness with which he accepted his defeat, posting his reactions on Twitter.

In Eltham South, the Tory-UKIP battle was potentially complicated by the ex-Tory Eileen Glover standing as an Independent. In the end that wasn't a factor. The Conservatives managed to hold on to their three seats in a very closely-fought contest.


The other striking news about the Eltham North ward was its extraordinary voter turnout. Whereas the overall turnout for the borough was 37.25 per cent (65,055 ballot papers) Eltham North had a turnout of 50.26%. Here's the borough's Turnout and verified papers by ward:

Other results for the Royal Greenwich here.

There have been some interesting and noteworthy results around the Borough which I've been reading about but I haven't got time to cover them!  For that and for a great account of the results of the borough's local elections, including some close-insight into the 'count day', as ever, see the 853 blog.
Posted by Raven Raven at 20:36 No comments: