It's time for ParksFest 2016 in Eltham

Parksfest 2016 has been announced - it's a now-annual Royal Greenwich Borough-wide programme of free cultural entertainment in the Borough's parks and open spaces. It's been running for many years and includes Eltham's many open spaces and parks during the coming June and July - here's a selection of what Eltham is putting on show this summer: 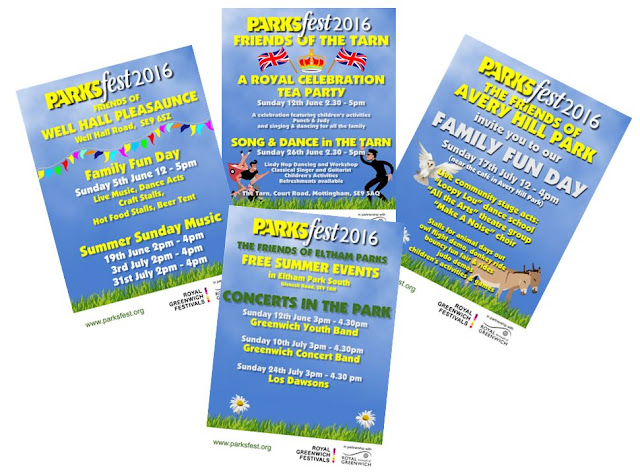 They'll be lots of familiar talent on show from in and around Eltham, as well as food stalls and also entertainment for the children.

The ParksFest programme is co-ordinated by the Greenwich Parks Forum, a network of twenty four Friends of Parks groups.  The full calendar of all the ParksFest events this summer: 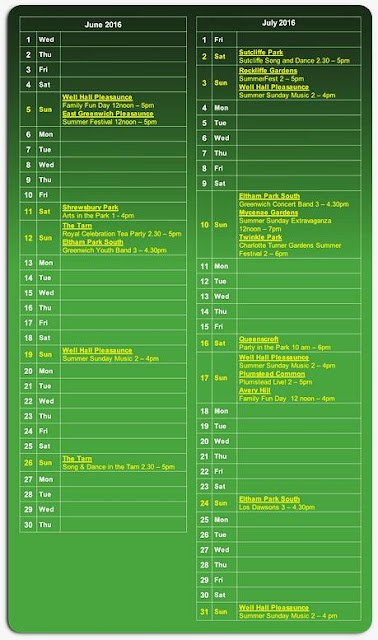 Find out more at the ParksFest 2016 site