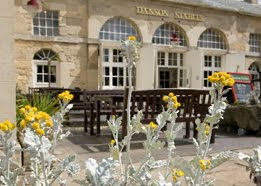 Local readers might like to know that we had a wonderful visit to Danson Park today with an even more wonderful lunch at the Danson Stables which we'd thoroughly recommend.

Danson Park, in Bexleyheath in the London Borough of Bexley, is apparently one of the largest public parks in London - it has some wonderful parkland including a huge lake, great children's playground (with one of those abseiling thingys which our son loved) and a 200-year old oak tree. 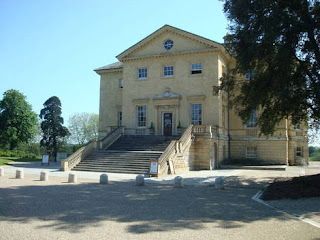 Also in the Park is Danson House, sometimes referred to as 'Dansion Mansion'. Danson House was built by about 1766. The house is mostly the creation of two men: John Boyd, the wealthy merchant owner at the time, and the architect Robert Taylor (who also was the architect of the Bank of England) in the style of a classic Palladian villa. The house was extensively restored by English Heritage in the late 1990s and was re-opened to the public. At moment it's open from 1 April to 31 Oct so it was closed today but it will be on our radar for later in the year.

But having braved the bitter weather, it was the great roast lunch in the Danson Stables, now a pub run by Bass Breweries, which was most welcome. Rumour has it there are still secret underground tunnels between the' big house' and the one-time stables. But we didn't get to explore those - a glass of pinot grigio beckoned. The lunch was reasonably priced, with a children's menu, and despite it being pretty busy, the service was good. It had a lovely period feel quite different to the usual chain pubs offering Sunday roasts. Thoroughly recommended.
Posted by Raven Raven at 00:03

We went to the playground at Lesnes abbey yesterday. It was freezing. I even saw ice on the road!
I really like Danson park, not least because of the lack of tourists. In summer we enjoy some time in the playground before going off to see the mega huge swans and other birdlife by the lake.
Last summer there was a wedding on at Danson House - what a lovely setting.
The pub is great too. Have never had lunch there but will defo give it a try.

I've not heard of Lesnes Abbey...It sounds as cold as Danson was. I agree Danson House would be a beautiful setting for a wedding - pricey too I imagine!