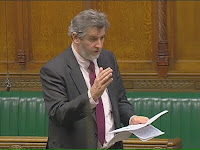 Watching the current News of the World (now RIP) and hacking developments agog. It's a fast moving news story which is keeping the 24-hour news channels and Twitter fuelled up. Looking forward to Question Time tonight though will have to do the usual trick of switching back and forth between it and Newsnight (when will the BBC fix this long-standing annoying clash?)

It was good to see our local MP Clive Efford speaking up in the Commons debate yesterday, in some high-flying rhetoric - worth quoting here at some length (it was after his speech that the Deputy Speaker broke the usual convention of allowing backbenchers to speak for 6-7 minutes, and restricted them to 4 minutes):


"...This debate is about what kind of country we want to be. A free press is an essential part of our democracy. It challenges us, exposes our weaknesses, sometimes helps to get our message across and keeps people informed of the arguments to help them to form a balanced opinion. However, the press has developed as Parliament has developed and there is a symbiotic relationship between politics and journalism. The issues we are debating here today really go to the heart of what kind of nation we want to be in the future.

We need to understand that what we are debating today has to do with how we treat weak and vulnerable people or the bereaved, and whether we stand up for people when they are under pressure or being unfairly treated, or whether we become part of a baying mob, egged on by the likes of the News of the World, eager for a kill just for the sheer excitement of it and heedless of the consequences for the victims and of whether what we are witnessing amounts to justice.

I do not believe that people want to live in that sort of country or feel that we have become such a country. The public do not share the values of the media people who have effectively brought this debate to the Floor of the House today. They do not share the values of those who have invaded the lives of innocent victims and bereaved families when they are grieving and at their most vulnerable.

I was not brought up in a country that stood by while others suffered. I always believed that the post-war Britain I grew up in was a country that stood up for fairness and perhaps for those who were not as strong as ourselves. I thought the country was populated by a heroic generation that was justifiably proud of what it had endured through the second world war and of the freedoms that had been won—not just for themselves but for the whole world. That was achieved by ordinary people doing extraordinary things for the greater good of everyone. It is these ordinary people we are defending today...."

He went on yesterday to join the growing calls for boycotting the advertisers in the NOTW, surely at least partly responsible for the eventual statement today about the closure of the NOTW: 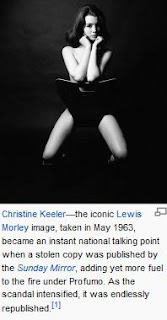 However, things are getting messy, with the Left and 'people power' being accused of only achieving the redundancy of working people at the NOTW. Some strange alliances and bedfellows are emerging. Surely the NOTW can't have been the only newspaper at the hacking and police bribery game? And where will this end for Cameron? Word tonight is that Andy Coulson is to be arrested tomorrow - a man who David Cameron appointed to be his Communications Director after hacking rumours had already swirled about him. Could this end up being Cameron's Profumo? (though obviously without a glamorous call girl and a Russian spy involved - yet).

The rest of Clive Efford's speech, and whole debate, can be read here. The News Shopper reported on the story this morning.
Posted by Raven Raven at 22:18