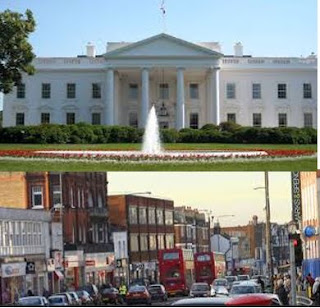 Never mind the end of times in the USA where a divisive, sexist, xenophobic celebrity billionaire has just been elected to represent ‘ordinary people’. All eyes, well local if not quite international, now turn to the by-election due to held tomorrow in the very marginal Eltham North ward in the Royal Greenwich Borough.

No fears here, I assume, of vote-rigging, grabbing furry feline animals or calls for hanging your opponent. At least, none that we know of.

It all seems a rather more sedate affair with some thoroughly nice chaps, and one rather quiet chap-ess.


I’ve blogged previously on the list of candidates and the recent electoral history of the ward. By now you’ve read their leaflets promising motherhood and apple pie. Issues currently exercising locals include developments in Eltham High Street including the new Cinema and the old favourite, parking restrictions. The Conservatives have the extra field to play in – criticism of the Labour-run home Council while Labour has additionally played to its NHS strengths and being able to work with the Labour Mayor on transport. Other issues include ‘better sports facilities’, more ‘starter homes’, ‘safety on our local roads’ and ‘new [outdoor] play equipment’ (Time, being totally distracted by a certain Festival and the USA result has meant no time for fuller analysis here…)

Meanwhile social media has meant that the citizens of Eltham have been able to quiz candidates directly. A recent entry to the lists of issues has been the discovery of an early morning licencing application by Vue Cinema with various candidates responding on Twitter to residents’ fears of a ‘Nightmare on Eltham High Street’, promising to listen to their concerns. 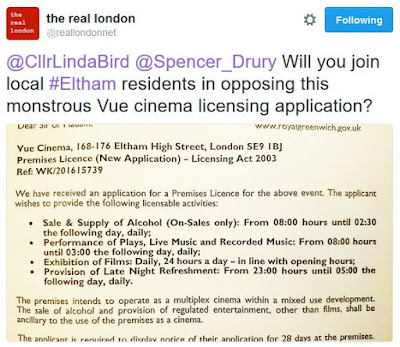 Candidates have also been asked by community group Eltham Arts how they would support the arts in Eltham – those that replied were positive, of course.


So who will replace Labour's Wynn Davies? Will it be Labour’s Simon Peirce, the Tory’s Charlie Davis or the Lib Dem Sam Macaulay? Vote tomorrow, 10 Nov.

*With thanks to Patrick Kidd for this great slogan for the Eltham North by-election which I spotted on his twitter feed: