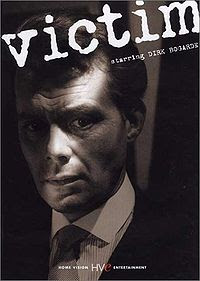 I was reading about the intruiging BFI Lesbian & Gay Film Festival (17 to 31 March) which kicks off in London this weekend. One of the interesting things I learnt was that the first use of the word 'homosexual' in a English-language feature film was in 'Victim' - a 1961 film starring Dirk Bogarde - there is going to be an 'illustrated account of the creation and reception of one of the most important gay films ever made' tomorrow, Saturday at midday at the BFI.

It was with some irony that I read about this festival because I had not long before learnt about the expected impending furore over an Indian cinema film which is supposed to show Bollywood's first ever gay screen kiss. 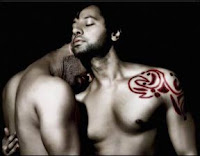 Sanjay Sharma, the director, has made Dunno Y ... Na Jaane Kyun (Don't Know Why) which depicts a gay relationship in Mumbai. The release of the film, which some see as India's Brokeback Mountain, is due in May.  Sharma expects censors to pass the film for release after the repeal last year in India of Section 377 of the Indian Penal Code, a law against homosexuality - a law first framed under British rule that bracketed homosexuality with bestiality and paedophilia as crimes “against nature”, punishable by up to ten years in prison.
The decriminalisation of homosexuality is awaiting final approval by the Supreme Court, which is expected to be given after the Government backed the move last year.  The film is being released in English with subtitles, something which may make it more likely to avoid censorship.

The fuss about the kiss is a bit of sensationalism because I think that the really significant aspect of the film is the depiction of a gay relationship in a serious and genuine way. Up until now it has been common for gay characters in Indian cinema to be buffoons and the butts of jokes, e.g. recently Dostana ('friendship') and that's one of the more supposedly 'enlightened' ones.

The promotional posters (here, above-right) are quite risky for an Indian audience especially as public hetrosexual physicality is barely accepted. Yet Sharma believes that Indian audiences are ready. Y'know he might be on to something. I've often found it difficult to explain to non-Asians the primacy of male bonding and friendships. For example it is common in the streets of India to see hetrosexual (yeah, as far as we know, and they profess) men walking around hand-in-hand. I believe this also happens in some middle-eastern countries too.

In Indian film, in terms of the 'morality hierachy', male devotion to each other sits almost at the top of the tree (alongside mother-son love). For example, you are a true (male) friend if you sacrifice your (female) love object for your (male) best friend, even if you know she loves you rather than him. There are a number of 'love triangle' film narratives along these lines. Some wag has found a brilliant clip of a 1964 Indian film which supposedly shows Bollywood's 'real first gay kiss' (though not really because they are long-lost brothers) - just watch this - the kitchness of it all will make you cry....Rajendra Kumar and Dharmendra getting a little too emotional in Ayee Milan ki Bela.

So, enjoy the BFI festival and I hope that Dunno Y ... Na Jaane Kyun (Don't Know Why) passes the censors and has a sucessful run from May.
Posted by Raven Raven at 21:55

Have you seen Fire which was about a lesbian relationship between two Indian sister in laws. It was on Sky recently so I managed to catch it. I guess it was never released in India.

That's very true - Fire did contain the first gay, lebsian, relationship and kiss didn't it? In fact it was released in India with lots of predictable protests and death threats against Deepa Mehta and the cast by the Hindu fundamentalist political parties i.e. Shiv Sena and the BJP.

I guess the current fuss is because 'Dunno Y' is about a serious male gay relationship.

We have Fire and Earth on DVD, so must get round to watching them properly (though when I just asked my husband if we also had Water (the third in Mehta's 'Elements Trilogy), he said 'no' but he did have wind - ha ha, he's on form this morning)

Didn't know it was part of a triology. The other films look interesting. I have seen Seemas Biswas in Bandit Queen which was quite an amazing performance.
How does the Bollywood Khan manage in such a serious role?

And yes, husbands and their humour. We love it!