Portraits and dreams of India 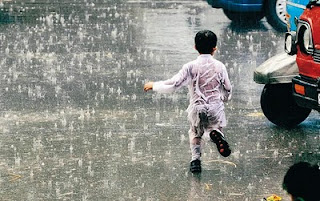 The first is Where Three Dreams Cross, an already much-reviewed photographic exhibition at the Whitechapel Gallery which shows India, Pakistan and Bangladesh through the lens of photographers over the past 150 years. The 300 works, by 70 artists and photographers, cover images from the infancy of photography in the 1860s to the present day. The images vary in their scale from key political moments to small snapshots of social realism. Some of the photographs really are striking. Click for Guardian and The Samosa reviews.

The second exhibition is being billed as the first ever exhibition devoted to Indian Portraits. In the National Portrait Gallery's own words:

"This outstanding exhibition, the first of its kind in the UK, tells the story of the Indian portrait over three centuries, exploring the fascinating ways in which Indian artists have approached the depiction of the human form and the changing role of portraiture in Indian history. Bringing together 60 stunning works from international collections, the exhibition will celebrate the beauty, power and humanity of these works of art.

The exhibition begins with works from the Mughal Court, including some of the earliest realistic portraits made for the Emperors Humayun (r.1530–56) and Akbar (r.1556–1605) and the magnificent court portraits made for their successors Jahangir (r.1605–27) and Shah Jahan (r.1628–58), as well as studies of Mughal courtiers, holy men and servants. The distinctive regional styles from Rajasthan and the Punjab Hills are also shown alongside the European–influenced works produced by Indian artists under British rule."

The exhibition runs from 11 March – 20 June 2010, at the National Portrait Gallery in central London. Admission free.
Posted by Raven Raven at 23:31

hey. I went to the National Portrait Gallery today as part of a day out with tot. It was a bit strange that the rest of the gallery is brightly lit yet this exhibition was in quite dark colours. I confess I didn't get to see much in detail as tot was clearly not impressed and pulled me around at breakneck speed. Even the picture of man on elephant hardly halted her speedy-gonzales dash. It's my fault, I should have blindfolded her through Trafalgar Square which is much more fun than a boring museum. To torture her, I then took her to the National Gallery.
I want to check out the Whitechapel one too as that looks interesting. But as there is very little else round there, I'll have to do it tot-free

Interesting to hear that you visited the NPG on the very day this opened. I'm going to try and do both exhibitions in one day soon!

I know what you mean about kids and museums/galleries - you rarely get to stand still and read/appreciate anything!