A New Anthology of British Asian Writing: call for submissions 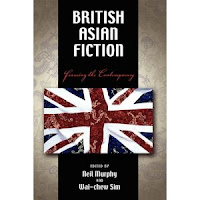 I came across this interesting call for writing from those who identify themselves as 'British' and 'Asian':

"Tindal Street Press is excited to announce that submissions are now open for a new anthology of British Asian writing.

Working title Asian Enough? is an anthology of short stories, to be edited by Tindal Street author Kavita Bhanot, which will be published in October 2011.

Kavita says of the project:
“This anthology is not a disparate collection of literary stories by writers who identify themselves as British and Asian, but a recognition that we share something in common, whether it is influence, experience, or the expectations of others. It is also a protest, a shared agenda to resist these expectations and pressures.

So you won’t be told that your story is not Asian enough or that it’s too Asian for this anthology. You don’t have to write a funny story about an arranged marriage, about the culture clash between parents holding onto ‘outdated’ traditions while their children just want to be ‘British’, or a drama about being a ‘normal’ Muslim in a time of religious fanaticism. Because these are not the only stories that we have to tell.

But it is OK if this is what you want to write about, because these might be aspects of our realities, as long as you do it from the inside, with compassion, understanding and freshness, showing other perspectives, since the stories that we see again and again reflect only one angle. We’re looking for well-crafted stories with wisdom, depth, complexity, energy and detail. You write about what you care about, the story you want to tell.”

Stories are for an adult literary readership, between roughly 3000 and 5000 words. Apart from correspondence concerning the finally selected stories, there will be no individual feedback to authors on stories submitted, although all submission will be read. If you identify yourself as British Asian send one story only, by email, with a short covering letter, to rikhi@tindalstreet.co.uk, with the subject heading: British Asian Anthology

Are you going to submit a story? I've been having a good laugh with my other half about the stories I could write. Very short deadline though!

It would be nice to be able to but I agree that the deadline is too near. I'll look out for your piece though...

Procrastination should be my middle name. I never got around to starting a story, let alone submitting one.
In my defence, I have been knitting a present for my sis-in-law which included lots of knitting, unravelling then knitting again...so much so that I have now got knitters elbow.