Greenwich Borough to become Royal in 2012 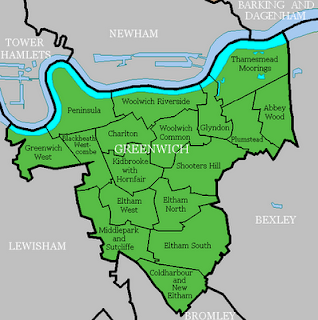 The London Borough of Greenwich is to become a 'Royal Borough' in 2012, it's just been announced today.

Though I'm not a royalist (far from it), I'm glad of any recognition of the many historical significances within the Borough. I'd also be glad of any benefits this would bring to the area in which we live, though I've yet to find out what they are - can anyone tell me?

"Her Majesty the Queen has bestowed the status of Royal Borough upon Greenwich, to take effect in the year of the Diamond Jubilee in 2012.

The rare honour of Royal Borough status was confirmed on Tuesday 5 January in the House of Lords by Lord Mandelson, President of the Privy Council.

The honour is bestowed in recognition of the close links between Greenwich and Royalty, from the Middle Ages to the present day. It also acknowledges the borough’s global significance as home of the Prime Meridian, Greenwich Mean Time and a UNESCO World Heritage Site.

There are at present three Royal Boroughs: Kensington and Chelsea, Kingston, and Windsor and Maidenhead. They all reflect longstanding Royal associations."
Posted by Raven Raven at 16:54