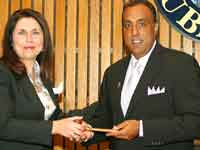 A quick post about a wonderful rags-to-riches (or rags-to-power) story last week:
"Kash Gill, who grew up as a farm worker, will be sworn in today [10 November] as Yuba City’s first Punjabi-American mayor.  As many of you know, Yuba City (often referred to as the pindh of California), has a large Punjabi Sikh population....It is perhaps not surprising, therefore, that finally a Punjabi-American will be taking the seat of mayor. The event does, however,  signify a signficiant step for a community that makes up about 12 percent of the population in Yuba City.  The story also embodies the dream, which many immigrant communities carry with them – that by working hard and perservering, anything is possible". [credit: Langar Hall] 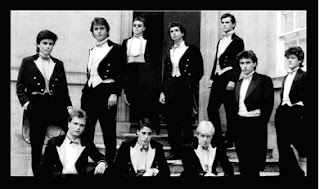 It is another Amercian Dream story, perhaps just like Obama's.You have to acknowledge though, that although Kash Gill, now aged 47, grew up helping on the family farm, he is a college graduate and then went on to be a banker - so he didn't quite down his farming tools and was then carried aloft into onto the hustings. Still, he had humble beginnings and it made me wonder whether that could happen in the UK. This was especially so as I watched "When Boris met Dave" on TV earlier tonight. The programme is a 'docu-drama' portraying the shared priviledged past at elite Eton and Oxford of the two most powerful Conservative politicians in Britain: London Mayor Boris Johnson and party leader David Cameron (Cameron is top, second from left; Boris, bottom, first right). Admittedly, there's a bit of a difference between the mayor of a small USA town and a UK prime minister-to-be. Still it made think. I think that from the trade union shop floor is probably as humble a beginning as we get in UK politics. At the risk of sounding like that Monty Python (?) sketch (where they compete over who had the poorest upbringing) - do you have any 'better' UK examples?
Posted by Raven Raven at 23:56